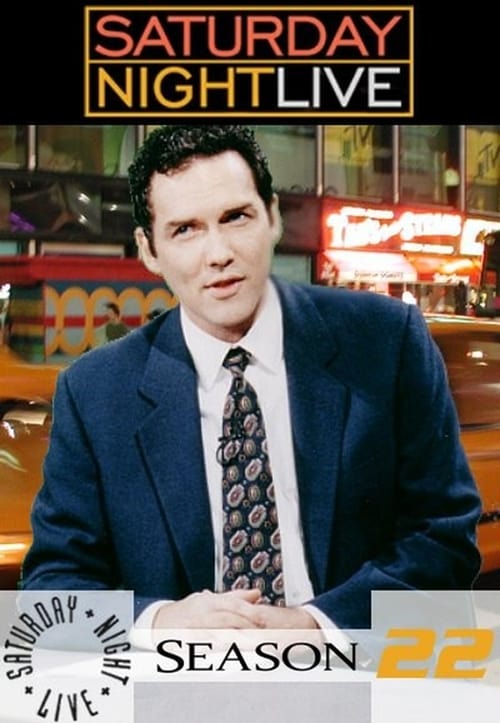 Saturday Night Live aired its twenty-second season during the 1996-1997 television season on NBC. The twenty-second season began on September 28, 1996 and ended on May 17, 1997 with 20 episodes in all. Many changes happened before the start of the season. David Koechner and Nancy Walls were both let go after one season with the show. David Spade left the show on his own terms. Ana Gasteyer and Tracy Morgan were hired to replace Koechner and Walls. Gasteyer and Morgan would both go on to have long tenures on the show. Chris Kattan was promoted to repertory status while Fred Wolf stayed as a featured player. This season is also notable for the people who hosted. Seven of the twenty hosts were former cast members. They included Dana Carvey, Robert Downey, Jr., Phil Hartman, Chris Rock and Martin Short. Chevy Chase and Mike Myers would host later in the season. This would mark Chase's final time hosting before getting banned. This would be the final season for Mark McKinney and Fred Wolf. Wolf would leave his position as head writer and featured player after the season's first three episodes.

Re:ZERO -Starting Life in Another World- 2016