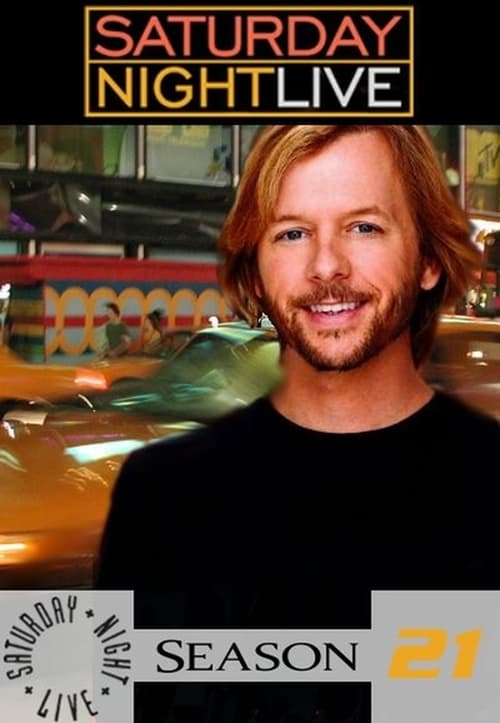 Saturday Night Live aired its twenty-first season during the 1995-1996 television season on NBC. The twenty-first season began September 30, 1995 and ended on May 18, 1996. 20 episodes were produced. SNL once again dodged cancellation from season twenty's low ratings and scathing reviews about the show's decline in quality. Only five cast members: Norm Macdonald, Mark McKinney, Tim Meadows, Molly Shannon and David Spade returned to the show from the previous season. Although David Spade returned to the show, he had more of a diminished role, very rarely appearing in sketches except for Spade in America, a "Weekend Update" segment hosted by Spade that debuted at the start of the season and was featured in all but five episodes. With the cast overhaul taking place, Lorne Michaels hired Jim Breuer, Will Ferrell, Darrell Hammond, David Koechner, Cheri Oteri, and Nancy Walls. Several episodes into the season, head writer Fred Wolf and newly hired writer Colin Quinn were added to the cast as featured players. Chris Kattan also joined as a featured player for the final six episodes of the season. This would be the final season for David Spade. Spade had agreed to stay only for a year so that he could be a bridge between the old and new casts. Newcomers David Koechner and Nancy Walls were also let go after this season.